When I meet new students, I ask why they love yoga and want to dive deeper into their yoga practice. I always love hearing each answer as it gives me an insight into their experience and how I can support them. Today I want to tell you about the answer that most affected me. She responded, “I do yoga, so I can bend and not break.”

Her answer reminded me of how often I hear people say they don’t do yoga because they “aren’t flexible enough” or “not bendy enough.” Each time I hear this, my heart breaks a little. This is a distorted image of yoga. There are far too many pictures of bodies wrapped up in inaccessible poses that set an unrealistic expectation of the “yoga body” and “yoga ability,” which not only has a causal link with the prevalence of body image struggles—it is also so far removed from the benefits of living with the guidance of the eight limb path. As much as I could rant about this for hours, I will leave this for another day.

What if I break?

Let’s back up a few decades to my first experience with yoga during one of the most challenging times in my life. Looking back now, I can tell you that I was severely depressed and didn’t see a future in front of me. A friend came over to check on me because she hadn’t heard from me for a while. It was awkward; I didn’t know what to say. She tried everything, and it was like I was inside a tunnel and couldn’t hear her. After about an hour, she asked me to please come with her to yoga. I really, really didn’t want to, but it was easier to say yes than no and tell her why. In hindsight, it was perfect that I didn’t know what to expect.

The waves flowing in and out

As we entered the class, I found a spot in the back corner, where the lights were a bit darker, and placed my mat. I followed my friend’s lead, grabbing bolsters and blocks, and then sat on my mat. After a few minutes, I noticed my friend talking with the teacher and how they glanced over at me as they spoke. Wanting to hide, I turned away. Over the next hour, we were led through using our breath as the momentum of our movement. With each cue, I moved my body as instructed and breathed with the teacher’s reminders. At times I felt intense sensations in areas of my body; it felt like my pain was ready to break out of me.

Standing in a wide-legged forward fold, the teacher said, “allow your breath to flow in and out like waves.” Everything shifted; it was like I was in a trance. Each breath felt like waves washing through me, shifting with each movement. Then, I was a child again, playing in the waves on the ocean shores near Port Hardy. I would play in the water for hours as the waves crashed against my body. Each time they knocked me over, I laughed, stood back up, and welcomed the next wave.

As though in a trance, I heard the teacher’s words, “wide-legged forward fold,” the voice in my head said, “if I bend, will I break open?” I felt my body moving as instructed, and once again, I was heading into a wide-legged forward fold. As my head reached toward the mat, the uncontrollable tears began. I would spend the rest of the class standing in this pose; with each breath flowing through my, the waves seemed to leak into my tears.

The eye of the storm

I wanted to get as far from there as possible when class ended. I quickly packed up my things, and just as I was done, I noticed the snail’s pace my friend was packing up. I could have screamed. Didn’t she know I was mortified? Finally, she was ready, and we headed to the lobby. She had taken so long that it was just the two of us and the teacher left in the building.

Then, my friend awkwardly walked toward the shoe rack just as the teacher approached me. “Please don’t talk to me; I’ll break open,” screamed in my head. Just when I thought I would crumble to the floor, she asked me how the class was for me, and I froze! What was I supposed to say? How could I possibly explain how I felt and not sound crazy? I just stood there, mouth open and no words. I kept hoping someone would say something. Please, say something! It seemed like forever was passing by.

And then the teacher said, can I offer you a cup of tea? Still unable to speak, I just nodded.

The smell of citrus

I watched as she took out a jar filled with orange peals and dried berries. “If I sit down, I’ll break,” I remember the smell in the room as she opened the jar. It felt like a warm hug. Somehow, I moved towards the chairs and sat down in a chair at a table in a little nook by the corner window. After a few minutes, they both joined me.

Over the next half hour, she told us how she had been hurt and felt irreparably broken and lost. Each word felt like a mirror. It was almost unbearable to be with. But then something changed; she began to tell me about the teacher who had entered her life and how she had shared the teachings of yoga with her. Then she said something I will never forget, “I learned that my practice was to notice the tiny little light inside of me and love it.” Pouring the last cup of tea, she said, “will you come again tomorrow.”

I went every day for weeks, feeling the waves crash and splash within me. Each time I walked back into the lobby, the smell of citrus filled my head, we would sit for a cup of tea, and as she poured the last cup, she would say, “will you come again tomorrow?” Until one day, she asked me to attend a special weekend class. It was a bit different; we would practice on those days a couple of times, she also read from ancient texts, and we would discuss what she read as a group. For months, I wouldn’t know that I was in Yoga Teacher Training; somehow, she knew that was too much to ask for; she would ask, “will you come again tomorrow?”

I won’t break, and I am a work in progress.

Over the next couple of years, my teacher stood next to me in my darkness, never asking more than, “will you come again tomorrow? She was always there as I faced my resistance, grief, pain, and anger. She held me with gentle, loving tenderness, even as she challenged me when I needed it most and reminded me to breathe.

Yoga has been a part of my life since that first class. Sometimes playing a significant role, and sometimes tucked away in the closet waiting to be needed again. Even though I used the lessons she shared with me all of the time, I didn’t get it until the moment my student spoke.

I do yoga, so I can bend and not break!

While I can still hear my first teacher’s voice when I face pain, uncertainty, and suffering, her invitation was so much more than that. Sure, she asked me to come to class, where we would read the ancient texts or practice the limbs of their teachings. But what she was truly inviting me to do was to show up for myself again tomorrow.

This is my invitation to you. Will you check in with how you are doing? Will you give yourself time to explore your experiences, listen to the needs being communicated within them, and care for yourself?

Will you come again tomorrow? 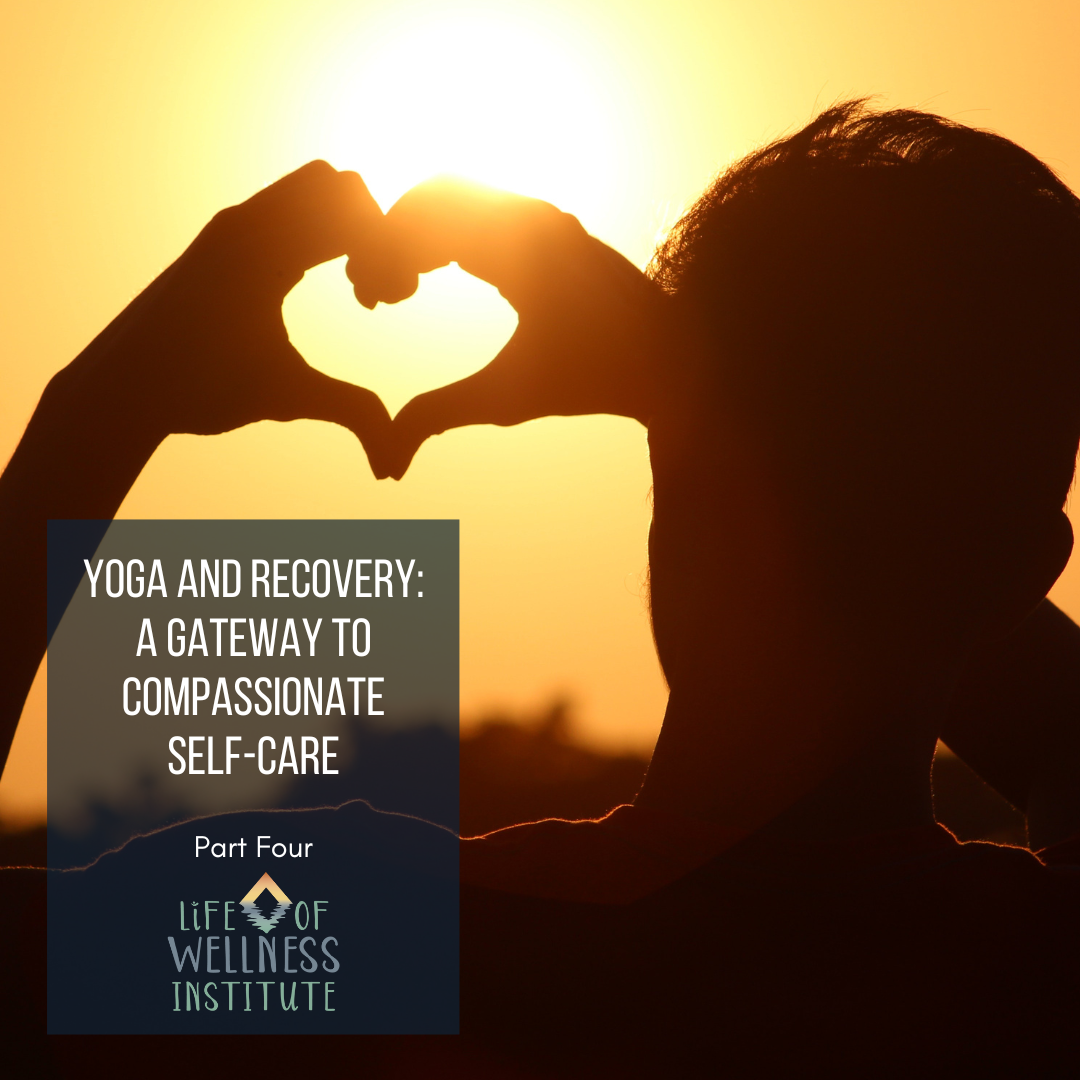 Yoga and Recovery: A Gateway to Compassionate Self-Care Giving Burnout: Sometimes the giving has to be to yourself 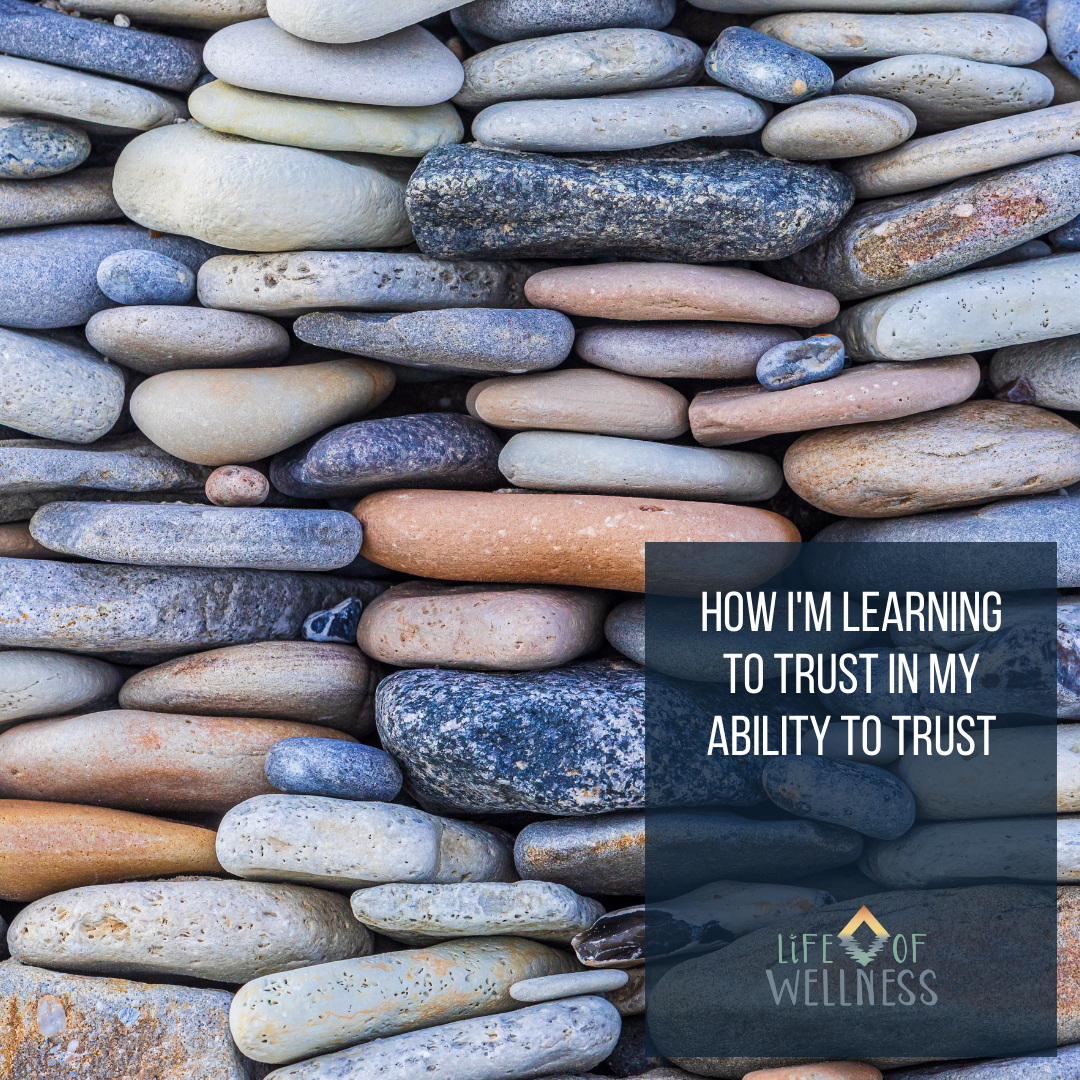 How I’m learning to trust in my ability to trust