Have you ever wondered what drives your fears and negative self-image and how to begin healing?

I recently heard someone say that we are a fabric of our connected experiences and surroundings, which led me to consider how I became me. What has guided my beliefs and contributed to what I feel is essential in life?

Who made a long-lasting impact on me?

When I look back, I am very grateful to have had many positive influences on my self-image. My amazing husband of 25 years taught me what “perfect” love looks like. It takes effort, kindness, selflessness, selfishness, and truth. It is messy, there are ups and downs, it is hard work, and it is worth EVERY second.

Our kids have taught me about unconditional love, the honour of being a witness, and that you can feel completely powerless and be ok. To allow someone to find their way, make mistakes without making them wrong, and celebrate their joy. Our daughter taught me to be creative, vulnerable, and authentic, and our son was fearless, witty and strong.

Many incredible women impacted the woman I have become. Gramma Cooper taught me forgiveness, strength, and softness. My mom, Linda, the importance of family and my love of reading and crafts. Aunt Ally taught me true friendship and a love of nature, Aunt Laura taught me the importance of education and looking below the surface, Aunt Leila taught me about hard work and dedication, and Aunt Terri taught me how to love my spouse unconditionally.

Thinking about these people made me feel good, warm and loved.

The moment that changed me

Most of us have someone we trusted that hurt us at our core. That left us feeling unworthy and crumbling our self-image.

As a little kid, our days were filled with clamming on the coast of British Columbia or swimming at the lake. I always played outside, swimming and bike riding with my friends as I grew up. Then an early knee injury slowed me down; I couldn’t play most sports, and with no one teaching me safe ways to exercise, I was moving a little less as I got older. I always felt at ease as my body looked like my friends and family.

Then one sunny day in Penticton, I am in the passenger seat when the male driver notices a girl walking on the sidewalk and starts commenting on her bathing suit as “icing on the cake.” As I listened to his words, trying to process their meaning through my twelve-year-old ears, he said, “that is the kind of body a man wants.”

I looked at the girl again, knowing I didn’t look like that. Immediately followed by “will a man ever want me?”

This mixed perfectly with the early childhood trauma that left me feeling invisible and alone, which always felt as though my insides were hollow. At this moment, I became ashamed sad and began my self-loathing journey.

The next ten years of my life were a war between the two parts of me. My childhood self, which felt empty, began to soothe her pain with food, and the girl who wanted to be wanted and loved would hide the food by exercising whenever she could, even while others slept. As I got older, I would find ways to push my body, like ankle weights under my 80s slouch socks. I would take more risks with my body, binding my knees and abusing Tylenol to play basketball.

My binging exercising cycle was easy to hide; my parents both worked, even when they were home, they were too busy to notice. While I don’t remember seeing doctors a lot as a child, it is unlikely this would have been found. I didn’t fit in the characteristics of Bulimia, and Binge Eating Disorder wouldn’t be recognized for more than 12 years (May 2013).

I continued this cycle until June of 1996, only four weeks after finding out I was pregnant; I started to notice swelling in my legs and ankles, abdominal pain, and headaches. Scared for the baby growing within me and too tired to continue exercising, I went to the doctor. I was diagnosed with preeclampsia, a pregnancy complication characterized by high blood pressure and signs of damage to another organ system, most often the liver and kidneys. I was told to stop working, stop exercising, and rest.

It was easier than I imagined to change behaviours for the health of my soon-to-be daughter. Even as I faced the side effect of weight gain added to the significant change in my overactive lifestyle. But being bored at home, watching more tv than any other time in my life, I was unknowingly being groomed into a self-image view of the diet culture.

I had a plan; as soon as Caitlin was born, I would use all the skills I had learned watching shows like Oprah. I was trying every fad diet, each with short-term success. As soon as I felt good in my body, I would stop the diet. Taking the “learning” with me, but ultimately the weight would return three times faster than it took to lose it. The self-loathing and sadness were never kept at bay. I would fail no matter what I tried, which only reinforced my low self-image.

My fork in the road

I met my husband in a chat room, chatting for months before we would even talk on the phone. He lived on Long Island, NY, just over 4800 KMs away. It was like our very own Love is Blind experience 24 years before the show would launch and a year before Netflix was founded.

A year later, in one of our favourite movies, Joe Fox would ask Kathleen Kelly the question that had terrified me. Do you think we should meet? We had talked about meeting a few times, each time knowing that he wouldn’t want me if he saw me. So when he called and told me he had bought tickets for the upcoming Sarah McLachlan concert wanted to come and take me, it took all my strength to say yes.

It was a short trip, just enough time for a concert and a day at Stanley Park before his flight home. But in those few days, there wasn’t a moment of doubt. He actually wanted to be with me. When he left, my thoughts would go back to questioning; maybe I was wrong. The ride home alone from the airport took twice as long as the tears blurred my vision. By the time I was home, I was convinced that was it, but my monkey mind was again wrong.

A couple of months later, I would fly to meet his friends and family. Sitting on the plane, Caitlin was asleep in her car seat, which was unexpected.  I was happy to see a magazine left behind in the seat pocket, as I hadn’t remembered to pack a book.

I remember flipping through the pages hoping to find something worth reading. Skimming through, I found a story on page thirteen, “You’re beautiful the way you are.” Hoping for something better, I turned the page to a two-page spread with ten tips to lose weight fast. Ugh, flip. Next to the hot accessories of the season was a “healthy cake recipe.” I put the magazine back where I found it.

For the rest of the flight, my mind whirled through all the messages that had led to this moment. The bathing suit, the tv shows. If I was actually lovable, what other messages could be wrong?

This is the hardest part; as I went back through the many influences challenging the beliefs I had created my self-image out of, I realized that I had heard them as truths. That day in the passenger seat, I listened to those words and decided that being overweight made me unworthy, reinforcing the feeling of being invisible.

How did their words have so much power over me? Because I trusted them, I looked up to him. When diet culture reaffirmed that feeling, I believed it too, I had never considered either could be wrong.

My healing journey had begun, and while I wasn’t ready to trust my thoughts yet, I began to see myself those who truly loved me for 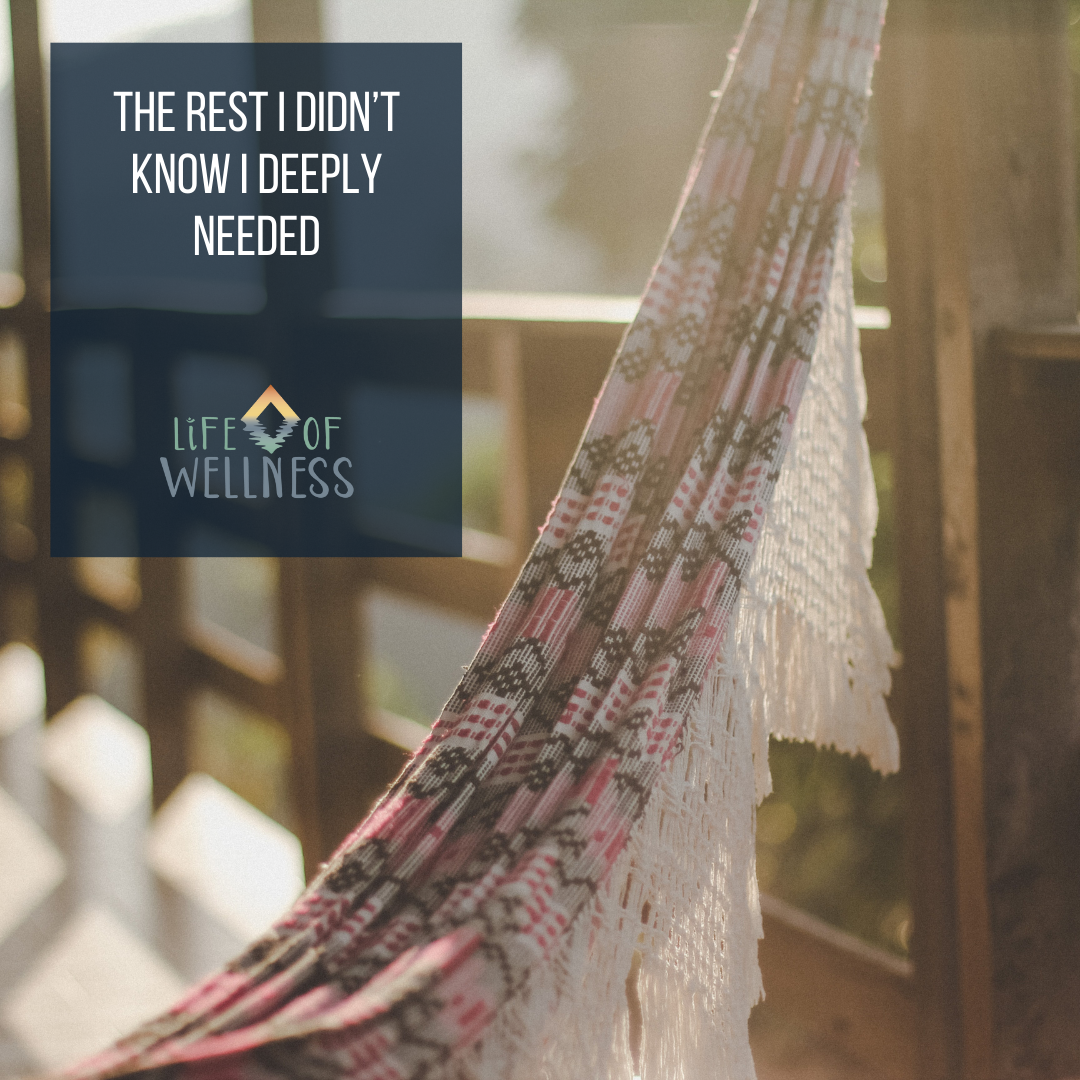 The rest I didn’t know I deeply needed 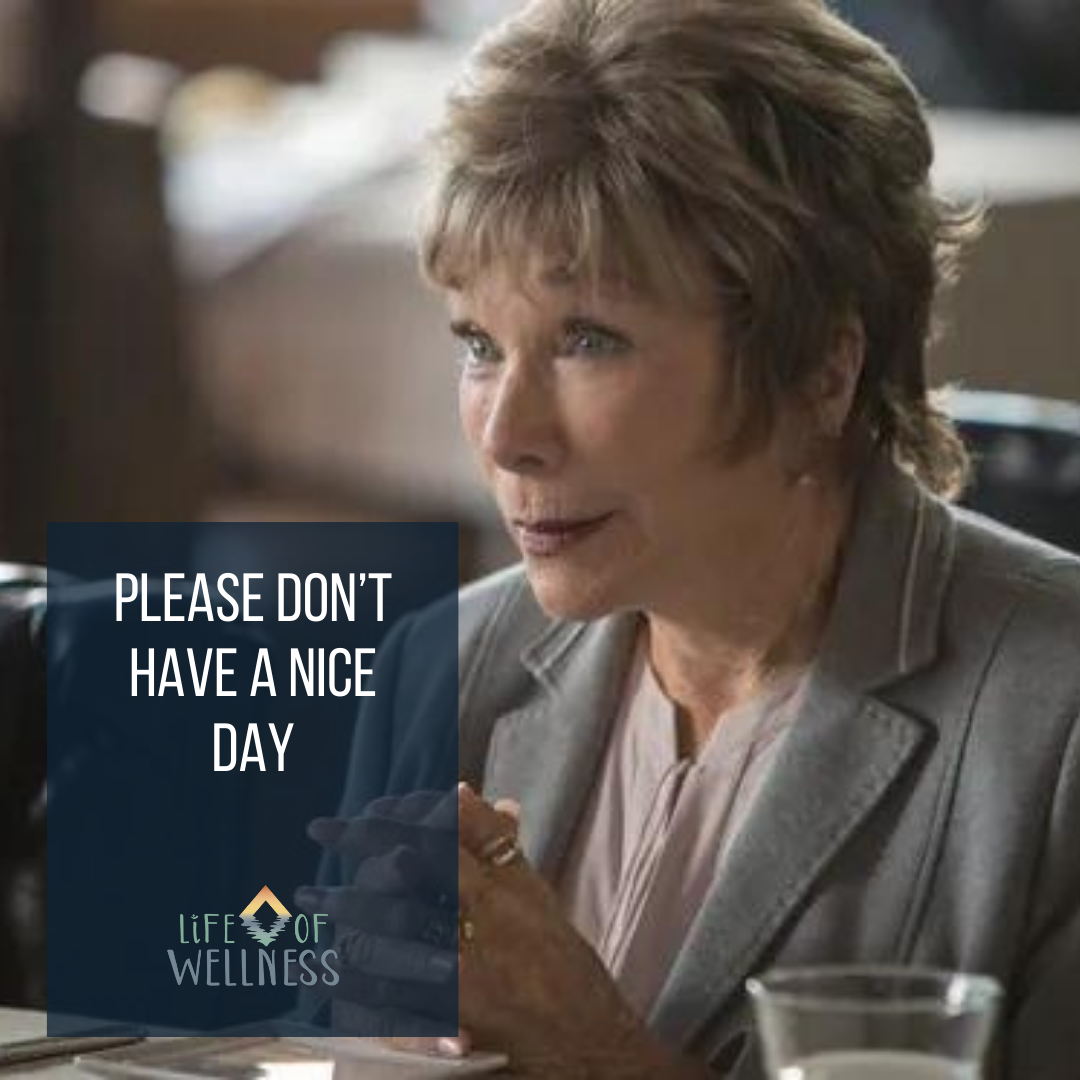 Please don’t have a nice day 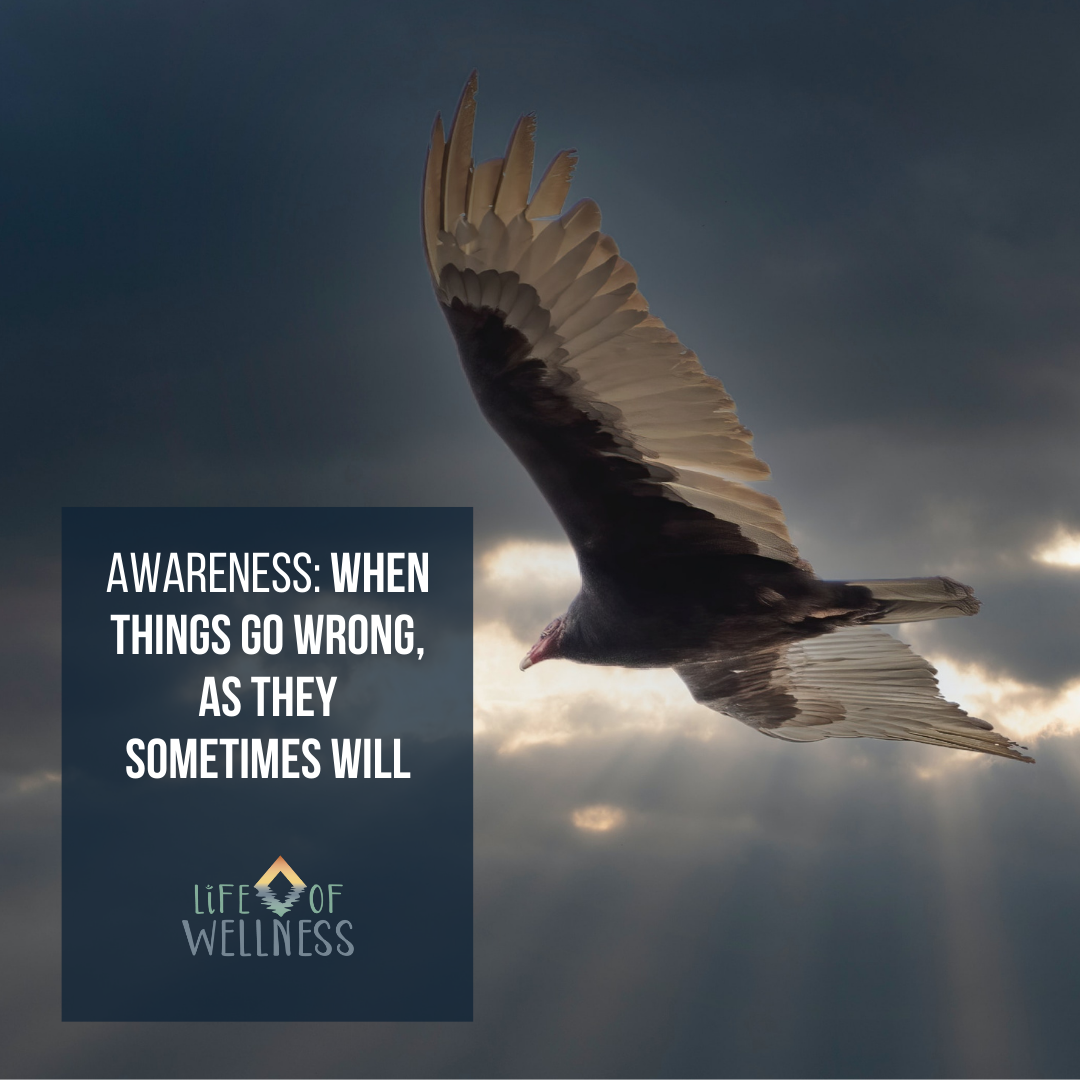 Awareness: When things go wrong as they sometimes will